Just to be clear, this post is not about a nuclear meltdown;1 it’s about a human rights one. In the nuclear scenario, the subject matter escapes containment; but in this China Syndrome, the subject is enticed, manipulated, or coerced into increasing layers of containment (web / net wrap?) till there is no escape except by the intervention of a power greater than the one controlling the wrap; and that greater power is not (in any stretch) U.S. for we seem to be first among allies in aiding and abetting an expanding Containment Syndrome.

How is it manifesting, you ask? With essentially two designations. In varying degrees, we are all being indexed for thoughts, words, and deeds (as well as their probability) and assigned a score that will fluctuate according to whether we are deemed:

So, since 2020 is the symbolic year for perfect vision, let us inform ourselves and clearly recogn-eyes:

▪ what is being set up for the free world;
▪ what some Tech Giants have been testing in China;
▪ what Google,2 et al. are learning from willing collaboration with tyrannies;
▪ what the powers-that-be and that wish-to-be are engineering and propagandizing for increasing containment;3
▪ how far along we are in personally adopting a full-spectrum containment paradigm by virtue of convenience and false notions of trust and security;
▪ how, with current and hidden technologies, full-spectrum containment could be much closer than we think.

Here is a recent exposé that the US-MSM (or more accurately, the OSM, as in Old / Obedient) will probably not be covering in its alarming detail:

We already know some of what we can do to end our cooperation with this galloping China Syndrome and its containment strategies, but here are 3 suggestions (variations on a theme):

1.  Let us not let the powers-that-be strategically name or define this control scheme (like the CIA did with “conspiracy theory”4).
2.  Let us refuse forever more to innocuously call this “my social credit score” (not even “my SCS”).
3.  Let us forever call it a SICO5 score (in rhyme with FICO6) — short for Social Index Credit Offender or Social Index Credit Obedient as the case may assign.

Therefore, let us, en masse, begin to use SICO because it exposes, in its very pronunciation, what it is — a SICO-op to control and contain humans beings according to the dictates of entrenched tyrannies. The lower a score, the more we have offended the SIC powers-that-be, their police, spies, and reporters. 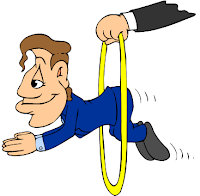 On the other hand, it will be known and acknowledged that high scores manifest unmerited favoritism or a choice for robotic vassalage; and the more evident will be the loss of choice, freedom, initiative, imagination, creativity, speech, innovation, empathy, privacy, and on and on…

This Containment Syndrome is truly a psychopathic (déjà vu?7) scheme.

So what is our duty as human beings and siblings of one another? Shouldn’t we:

»  refuse to participate in or turn a blind eye / deaf ear to dehumanizing schemes?
»  speak up and lead out against domination systems of every sort?
»  explore every nonviolent means available to convey critical truths to fallen powers and systems?
»  avoid doing evil while combating evil?
»  seek the redemption of fallen powers and systems back to the best measure of their creation?8

——————————–/
* SYNDROME: noun
a) a group of signs and symptoms that occur together and characterize a particular abnormality or condition  |  https://www.merriam-webster.com/dictionary/syndrome
b) a type of negative behaviour or mental state that is typical of a person in a particular situation |  https://dictionary.cambridge.org/dictionary/english/syndrome

1. https://en.wikipedia.org/wiki/China_Syndrome ; https://en.wikipedia.org/wiki/Nuclear_meltdown (subheading: China syndrome)
2. https://dejavu-times.blogspot.com/2019/09/boondoogle.html
3. Shoshana Zuboff on surveillance capitalism | (VPRO Documentary: Dec. 20, 2019, Time 49:59) at https://www.youtube.com/watch?v=hIXhnWUmMvw&t=1172s
Douglas Rushkoff: “Get thee behind me, tech: putting humans before social media” (CBC Ideas: Time 54:25) at http://16523.mc.tritondigital.com/CBC_IDEAS_P/media-session/b3fb95f8-1907-414f-9ea1-2ae19d2211be/ideas-bYJHPder-20191219.mp3
4. https://dejavu-times.blogspot.com/2019/10/conspiracy-deny-ers-in-nutshell.html
5. What is Your SICO Score? at https://dejavu-times.blogspot.com/2018/03/what-is-your-sico-score.html
6. FICO (legal name Fair Isaac Corporation) … is a data analytics company based in San Jose, California focused on credit scoring services. … Its FICO score, a measure of consumer credit risk, has become a fixture of consumer lending in the United States. (https://en.wikipedia.org/wiki/FICO )
7. Could SICO scoring be an uncanny déjà vu of the alternate plan offered before the foundation of the world that would “redeem all mankind, that one soul shall not be lost,” — a plan / program designed “to destroy the agency of man” in order to save him? as described here:
Pearl of Great Price | Moses 4:1-4 ~ AND I, the Lord God, spake unto Moses, saying: That Satan, whom thou hast commanded in the name of mine Only Begotten, is the same which was from the beginning, and he came before me, saying—Behold, here am I, send me, I will be thy son, and I will redeem all mankind [and by extension, his systems?], that one soul shall not be lost, and surely I will do it; wherefore give me thine honor. But, behold, my Beloved Son, which was my Beloved and Chosen from the beginning, said unto me—Father, thy will be done, and the glory be thine forever. Wherefore, because that Satan rebelled against me, and sought to destroy the agency of man, which I, the Lord God, had given him, and also, that I should give unto him mine own power; by the power of mine Only Begotten, I caused that he should be cast down; And he became Satan, yea, even the devil, the father of all lies, to deceive and to blind men, and to lead them captive at his will, even as many as would not hearken unto my voice. (Bold emphasis added.)
8. https://dejavu-timestwo.blogspot.com/2020/01/subject-unto-powers-that-be.html