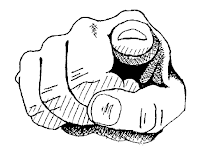 Circa 87 BC, a chief judge, governor, and prophet named Alma, lived and recorded his observations of a political event that occurred somewhere in the present-day Americas. These were his observations:1

Chapter 2
1 And it came to pass in the commencement of the fifth year of [the reign of the judges] there began to be a contention among the people; for a certain man, being called Amlici, [arose] being a very cunning man, yea, a wise man as to the wisdom of the world, … —
2 Now this Amlici had, by his cunning, drawn away much people after him; even so much that they began to be very powerful; and they began to endeavor to establish Amlici to be a king over the people.
3 Now this was alarming to the people of the church, and also to all those who had not been drawn away after the persuasions of Amlici; for they knew that according to their law that such things must be established by the voice of the people.
4 Therefore, if it were possible that Amlici should gain the voice of the people, he, being a wicked man, would deprive them of their rights and privileges of the church; for it was his intent to destroy the church of God.
5 And it came to pass that the people assembled themselves together throughout all the land, every man according to his mind, whether it were for or against Amlici, in separate bodies, having much dispute and wonderful contentions one with another.
6 And thus they did assemble themselves together to cast in their voices concerning the matter; and they were laid before the judges.
7 And it came to pass that the voice of the people came against Amlici, that he was not made king over the people.
8 Now this did cause much joy in the hearts of those who were against him; but Amlici did stir up those who were in his favor to anger against those who were not in his favor.
9 And it came to pass that they gathered themselves together, and did consecrate Amlici to be their king.
10 Now when Amlici was made king over them he commanded them that they should take up arms against their brethren; and this he did that he might subject them to him. …
12 Therefore the people … were aware of the intent of the Amlicites, and therefore they did prepare to meet them; yea, they did arm themselves with swords, and with cimeters, and with bows, and with arrows, and with stones, and with slings, and with all manner of weapons of war, of every kind.
13 And thus they were prepared to meet the Amlicites at the time of their coming. And there were appointed captains, and higher captains, and chief captains, according to their numbers.
14 And it came to pass that Amlici did arm his men with all manner of weapons of war of every kind; and he also appointed rulers and leaders over his people, to lead them to war against their brethren.
15 And it came to pass that the Amlicites came upon the hill Amnihu, … and there they began to make war …
Chapter 3
1 … —now the number of the slain were not numbered, because of the greatness of their number— …
2 Now many women and children had been slain with the sword, and also many of their flocks and their herds; and also many of their fields of grain were destroyed, for they were trodden down by the hosts of men. …
Chapter 4
1 Now it came to pass in the sixth year of the reign of the judges … there were no contentions nor wars …;
2 But the people were afflicted, yea, greatly afflicted for the loss of their brethren, and also for the loss of their flocks and herds, and also for the loss of their fields of grain, which were trodden under foot and destroyed ….
3 And so great were their afflictions that every soul had cause to mourn; and they believed that it was the judgments of God sent upon them because of their wickedness and their abominations; therefore they were awakened to a remembrance of their duty.

In the present political climate, do we see potential “American” parallels? And what about other parallels from history?

Are USians2 descending a wrong road and thinking that the fork ahead gives them a right choice?

▪ that a corporate tyrant is, at heart, a freedom-loving constitutionalist?
▪ that this so-called “non-establishment,” outsider candidate is really “non-establishment” when his surrogates and advisers are deeply, far-right establishment?
▪ that a fight amongst GOP (& Dem) narcissists makes this “underdog” a good guy? (or is he really just the guy who is so self-absorbed and -deluded that he is his own cabal-of-one, totally unaware that he is being manipulated by a more cunning cabal?)
▪ that the enemy of all good cannot have a forked tongue (R&D)? a two-pronged approach? two candidates? two fronts? two scenarios? multiple options?
▪ that the exposures from WikiLeaks (deception, intimidation, corruption, manipulation, etc., etc.) cancel the flood (deception, intimidation, corruption, manipulation, etc., etc.) from this man’s past and present (and juvenile mouth3)?
▪ that WOE is not in the works when seeing, we see not (what DJT does in real RECORDED time and space) and hearing, we hear not (what DJT really says and thinks from a place of self-delusion)?

Perhaps USians have come to this fake R&D choice-point (a PONR?4), because previous, genuine choices were botched (sometimes without consciousness) in déjà vu of every other great nation.

———————/
1. See Book of Mormon | Alma, chapter 2-4 for the full text which can be found at https://www.lds.org/scriptures/bofm?lang=eng.
2. Since “American” has been co-opted by the United States (US) despite the equal rights of all North, Central, and South Americans, the citizens of the United States are herein being called USians in the spirit of equality with Brazilians, Canadians, Chileans, Hondurans, Mexicans, Venezuelans, etc., etc.
3. https://www.youtube.com/watch?v=LS4Lw2yMmuA
4. https://en.wikipedia.org/wiki/Point_of_no_return