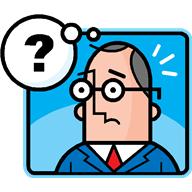 (A voice* to US from the Athenian dust?!)

Solon: “If ye have suffered the melancholy consequences of your own incompetence, do not attribute this evil fortune to the gods. Ye have yourselves raised[1] these men[2] to power over you, and have reduced yourselves by this course to a wretched state of servitude. Each man among you, individually, walketh with the tread of a fox, but collectively ye are a set of simpletons.[3] For ye look to the tongue and the play of a man’s speech and regard not the deed which is done before your eyes.”4

How long will the “tongue and play” of the powerful make us blind to the things they actually do?—blind and deaf to the witnesses and whistle-blowers they mock, suppress, and target for destruction?5

Solon: “Out of the cloud come snow and hail in their fury, and the thunderbolt springeth from the lightning’s flash : so from great men ruin issueth upon the state, and the people through their own folly sink into slavery under a single lord. Having raised a man to too high a place, it is not easy later to hold him back : now is the time to be observant of all things.”6

How many déjà vus must we endure?