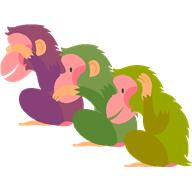 More and more we hear “opinionators” wax eloquent about the need to rid modern society of the plague of false / fake news, fantasies, “crackpotism” and conspiracy theorists. Today’s example was broadcast on CBC’s “The Sunday Edition with Michael Enright” found at

Here Kurt Andersen, author, journalist, and interviewee, critiques (with some justification) the shaping of “American” (more accurately, “USian”) character and beliefs. The great irony, however, is how insensible Kurt Andersen seems about his own fantasies and alternative reality. How naïve (perhaps?) — (yea, how historically “unscientific”) to disparage with such lightness the perpetual déjà vu that wherever there is even one person without conscience who can con, conscript, or control others, and whose life-mission is to pursue and protect power and gain, there will be and has always been CONSPIRACY. Even a cursory overview of history establishes this REALITY: secret combinations have always been the reality of a power-and-gain-obsessed world.

Indeed, the current reality is that many on the Left and Right are deeply engaged in secret conspiracies and abominations in pursuit and protection of power and gain (and for some, also, the pursuit of extended / eternal life without death). Credible, fact-based witnesses exposing high-level corruption, crime, and conspiracy are everywhere, if we would but listen.

But Mr. Andersen is transparently amongst the many who hearing, refuse to hear and seeing, refuse to see the déjà vus; one who sports his own fantasies with (apparent?) unawareness.

WE, too, live in a fantasy of ignorance if we imagine that Mr. Andersen is not an establishment crier (whether witting or unwitting) on the road to criminalizing so-called “false news, fantasies, and crackpotism.” It doesn’t take much exposure to all kinds of media to realize that belief in God, religious expression, and moral values fall more and more into the despised categories of false and unacceptably oppressive. Already we see it in the shadow-banning, smearing, targeting, and outright banning of unwelcome exposures and truths about those who are pursuing and protecting power and gain and self. Ethics, morals, standards, and just laws have always been the anathema of psychopathic agendas.

So as a suggestion to Mr. Andersen: it might prove enlightening to apply his own Moynihan quote:

Yes, folks, it is past time to acknowledge the empirical, déjà vu reality of power and gain agendas and to get on with exposure from the roof-tops and accountability in the courts for corruptions, crimes, conspiracies, and abominations.