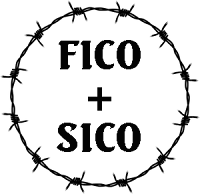 Periodically, over the past year or so, I have been soliciting interest in renaming the social credit score via several Déjà Vu – Times posts1 and YT commenting, such as:

Campaign SICO: Per your references to Social Credit Scores in some of your YT vlogs, could we take an action step and stop calling it the innocuous sounding “social credit score”? Words matter, so let us call it what it is: a SICO score (in rhyme with FICO), being a score devised by a psycho-system of domination. It can stand for “Socially Indexed Credit Obedient” OR “Socially Indexed Credit Offender,” depending on whether one obeys the psycho-tyrants or resists the psycho-tyrants. Perhaps then a SICO+ (obedient) score will acquire the negative perception it deserves. Yes, we, too, can turn things upside down, or perhaps it is to return them to right-side up!

Recently, a reader of the YT comment wrote in reply:

I saw your comment on YT. The problem with using SICO is nobody would have a clue what it means and so then every time I use it in a video I would have to explain the meaning. I get what you mean words matter but the words that most people associate with social credit score systems is social credit scoring not SICO. There are so many acronyms in the banking world. Even CBDC some people wouldn’t know what that is but if you said central bank digital currency they have heard that.
Kind Regards
____

So, if any one reading this has the same concern, this was my reply:

Thanks for your observations, but I think there are many things in favor of trying SICO out and seeing where it goes.

Knowing the exact words of the SICO acronym is probably not important. Almost no one knows the meaning of FICO. They just know it is a financial score or ranking. SICO could rapidly become known as the Social score or ranking. If we begin by always referencing SICO with FICO, most people (I think) would get it immediately. With a little repetition of “We already have a financial score – FICO. The powers are now creating a social score for each of us — let’s call it a SICO score. Obey the oppressive powers – you get points; offend them – you lose.”

Mockery of this developing social credit system might be the most powerful weapon we have, especially since the powers hate mockery when it’s aimed at tyrannical practices and policies.

Let’s give SICO a try.