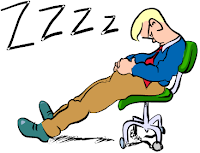 If one has ever read the Wikipedia entry for “Conspiracy Theory,”1 it reads like a propaganda piece straight out of Edward Bernays’2 playbook wherein he postulates:

“The conscious and intelligent manipulation of the organized habits and opinions of the masses is an important element in democratic society. Those who manipulate this unseen mechanism of society constitute an invisible government which is the true ruling power of our country.”3

And what does the “invisible government” seek to consciously and intelligently manipulate? our memories? awareness? language? definitions? history? common sense? moral compass?

Amusingly, it seems that the “asset” that drafted Wiki’s “Conspiracy Theory” wasn’t on-hand to draft the “Conspiracy” entry:

A conspiracy is a secret plan or agreement between persons (called conspirers or conspirators) for an unlawful or harmful purpose, such as murder or treason, especially with political motivation, while keeping their agreement secret from the public or from other people affected by it. In a political sense, conspiracy refers to a group of people united in the goal of usurping, altering or overthrowing an established political power. Depending on the circumstances, a conspiracy may also be a crime, or a civil wrong.4

NOR was the drafter on deck for the lengthy, linked “list of political conspiracies”5—a partial list beginning with 1552 BCE. Nor did anyone refer to the admitted conspiracies of Operation Northwoods;6 nor numerous other Conspiracy Operations / Projects eventually proven like: Paperclip, Chaos, Condor, Mockingbird, Popeye, Phoenix, etc., etc., etc.7 Nor did anyone acknowledge the numerous conspiracy references in Scripture.8

Conspiracy is so endemic to human nature, literature, and history that it boggles the conscious mind that any thinking soul can so disdainfully dismiss causal explorations for events as flagrant, unreasonable, paranoid, unsupportable, bunk theorizing. Besides, what is theory anyway, but a way to explore or understand events from a background of prior and continuing observation and experience? If only we would permit ourselves to see things as they really are and then have the chutzpah to refuse intimidation by Bernayzian manipulators (which constitute conspiracies in and of themselves).

Of course, not all events have conspirators, but to shut ourselves off from a 360° investigation of an event is to invite deception upon deception by persons without conscience (PWOCs) who have elevated themselves to positions of high power by “virtue” of our gullibility, passivity, or apathy. Plainly put, PWOCs are conspiracy and power junkies concealing hypocrisy beneath masks of genius and merit.

If old Isaiah is right that this world turns things upside down,9 let us re-vert the Wikipedia definition of conspiracy theory10:

A conspiracy theory is [a possible] explanation of an event or situation that invokes a conspiracy by sinister and powerful actors, often political in motivation wh[ich is statistically probable considering the history of conspiracies throughout the ages]. The term has [been given] a pejorative connotation [as a diversion and cover by ”Intelligence” manipulators], implying that the appeal to a conspiracy is based on prejudice or insufficient evidence [which is often the reverse of the case]. Conspiracy theor[y deny-ers] resist [evidence] and are reinforced by circular reasoning: both evidence [for] the conspiracy and an absence of evidence [against] it, are re-interpreted as evidence of [no conspiracy] and the [“perceived” lack of] conspiracy becomes a matter of faith rather than proof.
Research suggests, on a psychological [and societal] level, [that] conspiracist [denial]—[refusal to consider the possibility of] conspiracy theories—can be harmful or pathological, and is highly correlated with psychological [submissiveness to authority and co-dependency], as well as with paranoia [of open minds] which is predicted by the degree of a person’s Machiavellian [urge to silence and quash opponents]. Conspiracy theor[y deny-ers] once limited to [trusting, MSM] audiences [or paid shills] have become commonplace in [the troll- and shill-infested internet and] mass media, emerging as a cultural phenomenon of the late 20th and early 21st centuries

Science is always pursuing theories as are criminal investigators—thus pursuing a theory might be the beginning of wisdom. Therefore, let us refuse henceforth to be manipulated by Bernayzian patsies and devotees. Let us re-badge “conspiracy theorist” as a theorist who explores and views the world as it often is, was, and will in all likelihood continue.