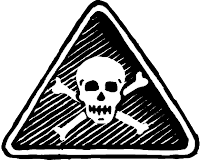 (aka: The PSRS WO* Model for Overcoming Integrity)

Problem: Integrity
Setup: (one or all)

For too many the only setup needed to overcome integrity (if, indeed, there was any integrity to overcome) was #4: appeal to the human attraction to power, gain, fame, & glory; and the only reaction was immediate immersion and self-justification in WO and selfi agendas. BUT, if anyone reading this has fallen to any of these setups; has regrets; believes there is no-way-out; is desperate to repent, reveal, and recompense, there are (realistically) limited options left because of prior choices, HOWEVER, first and foremost, one always has fervent, enduring appeals to God for strength and courage to accept and do whatever is required to turn about. So here I repeat from a prior post5:

Know / believe:
Under God’s care, our courage will not end in what we fear.

Yes, all these and more, may feel like the end, but billions throughout history witness otherwise. Most times, life has gone on. And even if your greatest fear is death, even death is not the end. Just ask the rich man petitioning for Lazarus’ help.[6]

Now a word to the vociferous critics of leaders, servitors, enforcers, propagandists, devotees, obedients, sycophants, fall-guys: I have heard so much cursing, shaming, and abuse (even to some degree by this writer) of these so-called “authorities,” yet I wonder if such name-calling only entrenches them further into their servitude and self-justification? What if, on the other hand, we did not taunt and bully, but acknowledged that we understood the setup that may have brought them to their bondage to the WO agenda? What if we appealed to their better natures? encouraged a return to integrity? What if we understood that many of these people that appear to stand before us with authority and power are merely indentured puppets? that many have been traumatized or groomed to servitude? that there, “but for the grace of God,” many of us would be despite our confidence that we would never have made the choices they made? EXCEPT, studies in human nature suggest that almost all men and women (including you and me) are highly susceptible to creeping corruption, and that the dark side of our natures is so easily energized.7

So, PLEASE, instead of heaping abuse and name-calling upon the heads of authorities, let us seek to fan the dying embers of their voice of conscience8 by acknowledging the how and why probabilities that led them to where they are; by affirming that repentance and recompense (to the best of their ability) are always options; that we understand, in part, the fear and dilemma; that we will support courage, repentance, and recompense; that painful consequence and justice NOW are better than the justice, judgment, and greater bondage to come. Yes, some (many?) may have long passed the point of return, and can only be stopped with justice and judgment, but whatever the case:

Let us, for our part, seek to overcome evil with good.

5. https://dejavu-times.blogspot.com/2020/07/cremation-of-care.html
6. New Testament | Luke 16:19–31
19 There was a certain rich man, which was clothed in purple and fine linen, and fared sumptuously every day:
20 And there was a certain beggar named Lazarus, which was laid at his gate, full of sores,
21 And desiring to be fed with the crumbs which fell from the rich man’s table: moreover the dogs came and licked his sores.
22 And it came to pass, that the beggar died, and was carried by the angels into Abraham’s bosom: the rich man also died, and was buried;
23 And in hell he lift up his eyes, being in torments, and seeth Abraham afar off, and Lazarus in his bosom.
24 And he cried and said, Father Abraham, have mercy on me, and send Lazarus, that he may dip the tip of his finger in water, and cool my tongue; for I am tormented in this flame.
25 But Abraham said, Son, remember that thou in thy lifetime receivedst thy good things, and likewise Lazarus evil things: but now he is comforted, and thou art tormented.
26 And beside all this, between us and you there is a great gulf fixed: so that they which would pass from hence to you cannot; neither can they pass to us, that would come from thence.
27 Then he said, I pray thee therefore, father, that thou wouldest send him to my father’s house:
28 For I have five brethren; that he may testify unto them, lest they also come into this place of torment.
29 Abraham saith unto him, They have Moses and the prophets; let them hear them.
30 And he said, Nay, father Abraham: but if one went unto them from the dead, they will repent.
31 And he said unto him, If they hear not Moses and the prophets, neither will they be persuaded, though one rose from the dead.
7. https://dejavu-timestwo.blogspot.com/2019/06/the-spirit-of-power.html
8. New Testament | Romans 12:17-21 ~ Recompense to no man evil for evil. Provide things honest in the sight of all men. If it be possible, as much as lieth in you, live peaceably with all men. Dearly beloved, avenge not yourselves, but rather give place unto wrath: for it is written, Vengeance is mine; I will repay, saith the Lord. Therefore if thine enemy hunger, feed him; if he thirst, give him drink: for in so doing thou shalt heap coals of fire [of conscience?] on his head. Be not overcome of evil, but overcome evil with good.