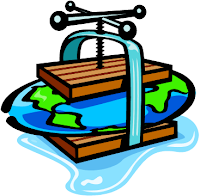 Notice of Liability and Vulnerability to:

● “elites” (aka order-followers of secret combinations that have existed throughout the ages of man1 to pursue and protect power, gain, glory, and domination);

You may think you have no choice but to cooperate. You may believe that despite the witness of science and history and despite the suppressed, censored voices of thousands of counter-narrative, latter-day, warning witnesses, that this COVID scenario will eventually resolve itself by trusting / obeying the (approved) scientists [who are in realty, pscientists2]. You may imagine you can support a bully culture without consequence, or that you will be able to “paper-clip”3 your way out of liability, but, this time, you will not. The witness of God is against you and no matter what your Utopian4 lord has promised, it is a lie. He is as bent on “elite” destruction as on the destruction of “non-elite” masses. Have you forgotten the targets of the French Revolution? Do you imagine that inaction or silence about God-given rights and freedoms will never be called to account?

John Stuart Mill: Let not any one pacify his conscience by the delusion that he can do no harm if he takes no part, and forms no opinion. Bad men need nothing more to compass their ends, than that good men should look on and do nothing. He is not a good man who, without a protest, allows wrong to be committed in his name, and with the means which he helps to supply, because he will not trouble himself to use his mind on the subject. It depends on the habit of attending to and looking into public transactions, and on the degree of information and solid judgment respecting them that exists in the community, whether the conduct of the nation as a nation, both within itself and towards others, shall be selfish, corrupt, and tyrannical, or rational and enlightened, just and noble.5

Haile Selassie: Throughout history, it has been the inaction of those who could have acted, the indifference of those who should have known better, the silence of the voice of justice when it mattered most, that has made it possible for evil to triumph.6

Ella Wheeler Wilcox: To sin by silence, when we should protest, Makes cowards out of men.7

Martin Luther King, Jr.: If the moderates of the white South fail to act now, history will have to record that the greatest tragedy of this period of social transition was not the strident clamor of the bad people, but the appalling silence of the good people. Our generation will have to repent not only for the acts and words of the children of darkness but also for the fears and apathy of the children of light.8

“The ultimate tragedy is not the oppression and cruelty by the bad people but the silence over that by the good people.” 9

But the day has passed for superficial patriotism. He who lives with untruth lives in spiritual slavery. Freedom is still the bonus we receive for knowing the truth. “Ye shall know the truth,” says Jesus, “and the truth shall set you free.” Now, I’ve chosen to preach about the war in Vietnam because I agree with Dante, that the hottest places in hell are reserved for those who in a period of moral crisis maintain their neutrality. There comes a time when silence becomes betrayal.10

——————————————————-/
1. Book of Mormon | Ether 8:18-25
18 And it came to pass that they formed a secret combination, even as they of old; which combination is most abominable and wicked above all, in the sight of God;
19 For the Lord worketh not in secret combinations, neither doth he will that man should shed blood, but in all things hath forbidden it, from the beginning of man.
20 And now I, Moroni, do not write the manner of their oaths and combinations, for it hath been made known unto me that they are had among all people, …
21 And they have caused the destruction of this people of whom I am now speaking, …
22 And whatsoever nation shall uphold such secret combinations, to get power and gain, until they shall spread over the nation, behold, they shall be destroyed; …
23 Wherefore, O ye Gentiles, it is wisdom in God that these things should be shown unto you, that thereby ye may repent of your sins, and suffer not that these murderous combinations shall get above you, which are built up to get power and gain—and the work, yea, even the work of destruction come upon you, yea, even the sword of the justice of the Eternal God shall fall upon you, to your overthrow and destruction if ye shall suffer these things to be.
24 Wherefore, the Lord commandeth you, when ye shall see these things come among you that ye shall awake to a sense of your awful situation, because of this secret combination which shall be among you; or wo be unto it, because of the blood of them who have been slain; for they cry from the dust for vengeance upon it, and also upon those who built it up.
25 For it cometh to pass that whoso buildeth it up seeketh to overthrow the freedom of all lands, nations, and countries; and it bringeth to pass the destruction of all people, for it is built up by the devil, who is the father of all lies; even that same liar who beguiled our first parents, yea, even that same liar who hath caused man to commit murder from the beginning;
2. Pscience:
https://dejavu-times.blogspot.com/2020/10/pscience.html
https://dejavu-times.blogspot.com/2021/06/death-of-science-tyranny-of-pscience.html
3. https://en.wikipedia.org/wiki/Operation_Paperclip
4. Utopians at the (Open) Gates: https://dejavu-times.blogspot.com/2021/01/utopians-at-open-gates.html
5. John Stuart Mill Inaugural Address Delivered to the University of St. Andrews, Feb. 1st 1867 (1867) p. 36. John Stuart Mill (May 20 1806 – May 8 1873), also known as J. S. Mill, was an English political philosopher and economist who was an advocate of utilitarianism. https://en.wikiquote.org/wiki/John_Stuart_Mill
6. Cited as from an address in Addis Ababa (1963) in Simpson’s Contemporary Quotations (1988) edited by James B. Simpson ISBN 0395430852
Haile Selassie … (23 July 1892 – 27 August 1975), born Tafari Makonnen Woldemikael, was regent of Ethiopia from 1916 to 1930 and Emperor of Ethiopia from 1930 to 1974, including 5 years of exile from 1936 to 1941 in the period of Italian occupation.
https://en.wikiquote.org/wiki/Haile_Selassie
7. Protest, contained in “Poems of Problems”, pp. 154–55 (1914). This quotation is often misattributed to Abraham Lincoln.
Ella Wheeler Wilcox (5 November 1850 – 30 October 1919) was an American poet. https://en.wikiquote.org/wiki/Ella_Wheeler_Wilcox
8. https://quoteinvestigator.com/2020/06/17/good/ (Bold emphasis added.)
Martin Luther King Jr. (born Michael King Jr.; January 15, 1929 – April 4, 1968) was an American Baptist minister and activist who became the most visible spokesperson and leader in the American civil rights movement from 1955 until his assassination in 1968. King advanced civil rights through nonviolence and civil disobedience, inspired by his Christian beliefs and the nonviolent activism of Mahatma Gandhi. He was the son of early civil rights activist Martin Luther King Sr. https://en.wikipedia.org/wiki/Martin_Luther_King_Jr.

Dr. Martin Luther King Jr. … was an American Baptist minister, doctor, civil rights activist, and recipient of the Nobel Peace Prize of 1964. https://en.wikiquote.org/wiki/Martin_Luther_King,_Jr.
9. https://www.birminghamtimes.com/2018/01/some-of-dr-martin-luther-king-jr-s-profound-quotes/ [Under section “On Progress”]
10. Speech at Ebenezer Baptist Church in Atlanta, Georgia (30 April 1967) This speech is similarly in style and themes to “Beyond Vietnam (1967)” (see above), but offers a less detailed view with respect to the early US involvement in the Vietnam War than the “Beyond Vietnam” speech. https://en.wikiquote.org/wiki/Martin_Luther_King,_Jr.