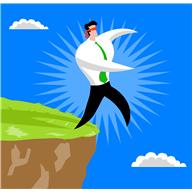 Are we on the precipice of a major déjà vu in this land of the Americas? Words from just under two-thousand years ago seem almost current; others, approachingly prophetic.

2 And the people were divided one against another; and they did separate one from another into tribes, every man according to his family and his kindred and friends; and thus they did destroy the government of the land.
3 And every tribe did appoint a chief or a leader over them; and thus they became tribes and leaders of tribes.
4 Now behold, there was no man among them save he had much family and many kindreds and friends; therefore their tribes became exceedingly great.
5 Now all this was done, and there were no wars as yet among them; and all this iniquity had come upon the people because they did yield themselves unto the power of Satan.
6 And the regulations of the government were destroyed, because of the secret combination of the friends and kindreds …
7 And they did cause a great contention in the land, insomuch that the more righteous part of the people had nearly all become wicked; yea, there were but few righteous men among them.
8 And thus six years had not passed away since the more part of the people had turned from their righteousness, like the dog to his vomit, or like the sow to her wallowing in the mire.
9 Now this secret combination, which had brought so great iniquity upon the people, did gather themselves together, and did place at their head a man whom they did call ____; …
13 …. and thus were the affairs of the people ….
14 And it came to pass in the thirty and first year that they were divided into tribes, every man according to his family, kindred and friends; nevertheless they had come to an agreement that they would not go to war one with another; but they were not united as to their laws, and their manner of government, for they were established according to the minds of those who were their chiefs and their leaders. But they did establish very strict laws that one tribe should not trespass against another, insomuch that in some degree they had peace in the land; nevertheless, their hearts were turned from the Lord their God, and they did stone the prophets and did cast them out from among them.2

But those prophets had foretold of signs that would mark the death and resurrection of the Son of God, just as other prophets have foretold of a Second Coming. Will those events of yore have any resemblance to what is before us?

Once more, it appears that history is going to repeat itself because we all seem:

Ever learning, and never able to come to the knowledge of the truth.5