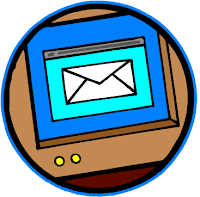 Let us never forget who voted to sustain the pscience2 narrative; those 185 Milgramites3 who voted against freedom; who voted for continuing irreparable harm, injury, and waste.

NB: We Will Not Forget

When the next election cycle comes around, more Canadians than you can imagine will remember your names and your Nay votes that:

▪ continued a Pharma windfall for companies that have been fined in the billions for fraud and malevolent acts;
▪ manifest an alarming lack of independent mind and lack of commitment to fundamental rights and freedoms;
▪ manifest a blind conformity in likeness of the “shocking” Stanley Milgram Experiments of harmful obedience;
▪ manifest an alarming ignorance or disregard of the science and history of power abuse and propaganda;
▪ further entrenched a tyranny of fear-mongering and corrupted / politicized science;
▪ prolonged mandates that were already on the chopping block for inefficacy, divisiveness, and irreparable harms;
▪ exacerbated and prolonged unnecessary duration and costs of ending a peaceful protest;
▪ showed you believed your own gov’t. propaganda instead of going into the streets to witness the truth first hand.

Yes, many, many Canadians will never forget how little you seem to understand the fragility of freedom and the perpetual need to always “stand on guard.” If our elected officials will not “stand on guard,” then WE the people must.

————————–/
This reference section was not part of the above email:
1. URL for the vote tally: https://www.ourcommons.ca/Members/en/votes/44/1/24
2. Pscience is the corrupted offshoot of honourable Science – pscience being the inevitable consequence of man’s obsessive pursuit and protection of power, gain, glory, and domination; being pseudo, politicized, psychopathic, propagandizing, plagiarizing, psy-opic, and above all, profit-obsessed, and profit-driven. This obsessive pursuit and protection by people without conscience is often enabled by naïve, trusting, or fear-filled acolytes and servitors. Pscience is a one-faith, one-dogma, heretic-fearing, self-deceiving, other-censoring system. The 21st Century question is: What are we now enabling or supporting? science or pscience?
3. https://dejavu-times.blogspot.com/2021/12/a-plague-of-milgramites.html