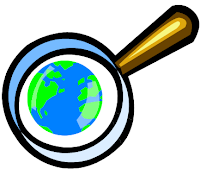 Five years ago, Wael Ghonim published a memoir† of his experiences during the “Arab Spring” as it played out in Egypt, 2010-2011. How déjà vu his observations seem to our circumstances in “freedom-loving” North America in 2017! If one doesn’t believe the déjà vus,  ask those whose YouTube, Twitter, PayPal, Facebook and other accounts are being demonetized, cancelled, or closed by “authorities” because their views and investigations are exposing too much crime and corruption by the powers that BElieve in the primacy of power and gain.

Consider how universal Ghonim’s words from Egypt have become for US:

Egyptian State Security reached deep into society, involving itself in every detail of life. It thrived on the emergency law, enacted in 1958 but not enforced until after the Six-Day War in 1967, and still in effect in mid-2011. That law gives executive authorities the right to arrest, interrogate, and imprison any Egyptian for up to six months without a warrant or any legal grounds or even the right to an attorney. It also empowers the authorities to ban all types of protests as well as gatherings of any group of people without a security clearance (p. 2).

The Egyptian regime lived in fear of opposition. It sought to project a façade of democracy, giving the impression that Egypt was advancing toward political rights and civil liberties while it vanquished any dissidents who threatened to mobilize enough support to force real change (p. 3).

This all amounted to what I came to call “weapons of mass oppression.” No matter how far down we spiraled, no matter how much corruption spread, only a few people dared to swim against the current. Those who did ended up in a prison cell after an unfriendly encounter with State Security, or were subjected to character assassination in the media, or were targeted on fraudulent charges or long-ignored violations (p. 3).

… cheating and fraud gradually became everyday activities in Egypt, making their way from education to business and commercial transactions, and ultimately to elections (p. 13).

He was right: regimes of terror cannot stand exposure (p. 37).

Worse yet, the media, under the usual pressure from State Security, ignored the protest. As with many past examples of human rights abuses, the public was kept in the dark. / The media’s suppression of the physical world made the virtual world a critical alternative for promoting the cause (p. 63).

This is not a political stand. It is a humanitarian stand in solidarity with victims of torture in prisons (p. 88).

I used to think, like you, that there was nothing wrong with our country and that accidents were minimal . .  . Then I realized that catastrophes happen on a daily basis, but no one sees them . .  . The police torture people systematically . .  . the informers threaten the citizens . .  . and work with thugs . .  . and the law is only enforced on the helpless . .  . Anyone who is not well connected in our country loses his rights . .  . and when injustice takes place, they threaten anyone who could open his mouth to tell the truth (pp. 96-97).

Gandhi replies, “In this cause, I too am prepared to die, but my friends, there is no cause for which I am prepared to kill. Whatever they do to us, we will attack no one, kill no one, but we will not give our fingerprints, not one of them. They will imprison us. They will fine us. They will seize our possessions. But they cannot take away our self-respect if we do not give it to them.” A member of the audience shouts: “Have you been to prison?  .  .  . They beat us, they torture us.” Gandhi interrupts: “I am asking you to fight. To fight against their anger, not to provoke it. We will not strike a blow, but we will receive them. And through our pain we will make them see their injustice. And it will hurt, as all fighting hurts. But we cannot lose. We cannot. They may torture my body, break my bones, even kill me. Then they will have my dead body— not my obedience!” (pp. 107-108)

In the past, the government maintained a long-standing tradition of telling lies to the people through its state-owned [-controlled] puppet media . .  . … . .  . The people lost trust in the government, and the government thinks that since the people are silent, then they are satisfied, or that there is no problem until the people take action (p. 147).

Jan25 is not a revolution in the sense of a coup, but rather a revolution against our government to let them know that we have taken interest in one another’s problems and that we shall reclaim all our rights and will not be silent anymore (p. 165).

The revolution brought out the best in people. It successfully proved that a multifaceted society like Egypt’s could easily unite when its members shared the same dream, and could do so with dignity. Everyone came together for the sake of the country (pp. 225-226).

The guards entered the room one by one, and I saw their faces and got to know them all. As a group, I had thought them to be nothing but indecent animals. As it turned out, they surprised me by appearing to be perfectly normal. Their faces were the same ones you see every day on the streets of Egypt. Some of them even carried the same hint of goodness you see in many Egyptian faces. It was hard to believe that these people could, under the right circumstances, turn into evil torturers. It was really mind-boggling. This only confirmed my conviction that these men were not my enemies; they were just tools of my real enemies. Egypt’s real enemies were the leading figures of the regime, who had corrupted these people and stripped us of freedom and dignity for the sake of sustaining themselves in power (p. 247).

I implored everyone not to think of personal gains at this point. This was not a time for promoting, let alone imposing, any ideology or for settling old grievances. Egypt had to come first, and nothing must stand in the way of realizing our dreams (p. 260).

At the end, I asked everyone to set aside personal wishes and ideologies. It was time for Egypt to come first and to rule over everything else (p. 264).

I began to realize that many of the conspiracy theories that I kept hearing about may actually have been true. Tyrants maintain power by conspiring against the will of their own people. We ranted in disappointment and anger, while Mostafa and Khaled reminded us of what they had said all along: this regime was not going to change overnight and suddenly start caring more about Egypt than it did about its personal interests (pp. 281-282).

Revolutions of the past have usually had charismatic leaders who were politically savvy and sometimes even military geniuses. Such revolutions followed what we can call the Revolution 1.0 model. But the revolution in Egypt was different: it was truly a spontaneous movement led by nothing other than the wisdom of the crowd. One day revolution seemed utterly impossible, and there were just a few people dreaming of change. And then, after the brave people of Tunisia ignited a fire that had been smoldering in the hearts of Egyptians and many other Arab people, the impossible quickly became possible. People who would only post comments in cyberspace became willing to stand in public; then those protesters, among many others, made the great leap to become marchers and chanters, and grew into a critical mass that toppled a brutal and tyrannical regime (pp. 293-294).

The revolution in Egypt would certainly have happened without many of the common faces that are linked to it today— and that is the best point of all. This book is a personal memoir and not a comprehensive historical account, and the few names mentioned in the previous chapters, including mine, certainly have no primacy over others in this leaderless revolution. It has been jokingly said that no snowflake in an avalanche ever feels responsible, and when it comes to Jan25, I couldn’t agree more. This was the Revolution 2.0 model: no one was the hero because everyone was a hero (p. 294; bold emphasis added).

We shall never forget all those who sacrificed their lives on our path to freedom, and we will continue to sacrifice so that future generations live in the Egypt that their brave predecessors aspired to. The selfless heroes who died defending the dreams of millions of their fellow citizens will forever be our beacon of light. Indeed, it was their courage, determination, and grace that reminded us and the rest of humanity of a universal truth that many seemed to have forgotten: the power of the people will always be stronger than the people in power (p. 294).

So what is the great universal take-away?

“The power of the people
will always be stronger
than the people in power”
[if only we will wake up
to the realities and deceptions around us
and stand united for truth and justice].

————————-/
* Old Testament | Ecclesiastes 1:9-10 ~ The thing that hath been, it is that which shall be; and that which is done is that which shall be done: and there is no new thing under the sun. Is there any thing whereof it may be said, See, this is new? it hath been already of old time, which was before us.
† Ghonim, Wael. Revolution 2.0: The Power of the People Is Greater Than the People in Power: A Memoir. Houghton Mifflin Harcourt. Kindle Edition.