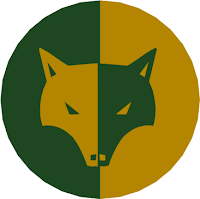 Since the majority of the world has, by all appearances been captured by the COVID narrative, the remaining galling problem (for the master-tyrant) is how to capture the resisters. For him, capture by deception is so much more satisfying than coercion,1 though coercion is always on the table. Here then is a possible PSRS model (some of its solution-elements already being floated in the “media”).

PROBLEM: The Plandemic Resisters
SET-UP: make life as persistently miserable, confusing, confining, unstable, and unbearable for as long as possible.2
REACTION: desperation by resisters for the restoration of rights and freedoms.
SOLUTION: a “white knight” (presenting as the epitome of all virtues) perfectly timed to appear on the global scene:

1) to ANNOUNCE a phenomenal (oral?) “cure” for COVID3 and all its variants and cousins;
2) to reveal the shocking COVID patents and frauds that garnered trillions for (visible) criminal elites;
3) to begin an aggressive prosecution of all the governing and PHO “elites” who visibly participated in deceptions and destructions;4
4) to be showered with the undying gratitude of resisters5 who stand shoulder to shoulder with the once fearful COVID obedients to honour and acclaim the “white knight” for freedoms restored and for swamp-draining;
5) to endure a suitable period of acclaim and gratitude, until another more virulent crisis strikes on cue which “necessitates” the morphing of “white” to black — into a tyrant unlike the world has ever seen.

How many resisters will fall for the “white knight”?

———————————/
1. Screwtape: “And success of this third kind [corruption / deception] is the most glorious of all. A spoiled saint, a Pharisee, an inquisitor, or a magician, makes better sport in Hell than a mere common tyrant or debauchee.” from Lewis, C. S.. Preparing for Easter (Loc. 2000, Week 7: WEDNESDAY “The Appeal of Christianity According to Screwtape”). HarperOne. Kindle Edition. (From The Screwtape Letters, XXII)
2. E.G.:
1) escalate the arrest and abuse of resisters at every opportunity and publicize it;
2) reward snitches for reporting and maligning resisters;
3) keep raising the anti on cruel, inhuman, and antisocial mandates;
4) flood the media with lies and frauds transparent to the resisters;
5) keep rolling out new variants to “justify” increasing abuse;
6) maximize stress, distrust, isolation, fear, powerlessness, etc.;
7) make use of weather and food warfare technologies;
3. One of several hopeful cures: NEW Drugs for COVID 19 Treatment and Prevention (Dr. Mike Hansen | March 28, 2021 | Time 7:34 min.) at https://www.youtube.com/watch?v=0MRZX0JUp84
4. https://dejavu-times.blogspot.com/2021/03/elite-liability-vulnerability.html
5. No forced injections — just the POPPING of an innocuous “vitaminic” pill (disguised as a vaccine variant?) for “freedom” to once again blossom like a rose as the world bursts wide open in global acclaim of the “knight.” Masks, tests, sanitizers, PPE all flung into the burgeoning land fills.