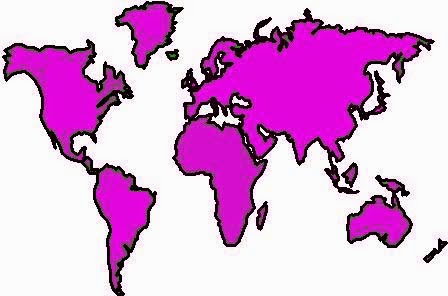 When one reads Henry Kissinger’s World Order, one gets the oppression of rose-colored glasses—not that Mr. Kissinger was always wearing them while writing (except respecting America and world order), but that they are imposed upon his readers without apparent scruples or apology. As an insider, he must surely know that his focus on “American” morals, idealism, and exceptionalism neglects most of the story. The tragedy of unacknowledged U.S. history is the multitude of crimes and misdemeanors against founding principles; but HK studiously avoids the dark-side of American tyranny and international sabotage. He quotes former presidents whose idealistic words often belied their covert actions. If only we could juxtapose all those quotes with the global images that preceded or followed them.1

“Acting for all Mankind”: The United States and Its Concept of Order

In this chapter, the rose-tint deepens to an embarrassing blush. The hagiography2 of past presidents (words without images) is astonishing—as are the many egoist references to American principles, such as:

With nearly every president insisting that America had universal principles while other countries merely had national interests, the United States has risked extremes of overextension and disillusioned withdrawal (p. 279).

HK seems so spellbound by his idealized America, it makes one wonder if the same applies to his World Order; and thus makes one shudder at the thought of what greater part he might also be excising about the dark-side of WO. If he can’t bring himself to acknowledge the dark-dark side of “American Order,” can we trust him to reveal the ins-and-outs of WO?

At times, one hears the echo of narcissism and wounded pride wafting between the lines of World Order. Poor US. We have proselytized our virtues, values, and principles for well-over two-hundred years; we have demonstrated our exceptionalism and superior policies; we have given our best and our brightest, all in the name of raising the world to a higher plane of “humane” rights and prosperity, and for what? Too often for naught—because those “old” states across the ponds are so caught in their never-ending spirals of balance-of-power, competition, nationalism, status-mongering, fanaticism, mistrust, etc., etc., such that even the newer (giant) kid on the block can’t break them of that great chain of being tyrannical, egoistic, imperialistic, and ungrateful.

Except, as is troublingly evident, Mr. Kissinger neglects to remind US that the giant kid on the block has been running amuck for more than a century: lying, extorting, covert-ing, coup-ing, drug-running, kidnapping, torturing, terrorizing, killing.3

And for those who have just gone ballistic at these “accusations,” please get a grip on your intellect. The evidence is everywhere4—not because muckrakers hate America, but because they love what she once stood for—what she still pretends to stand for. And they hate that she has become one of those déjà vu “hypocritical nations” that Old Testament Isaiah denounced.5

Not only is America multi-faced, she is also hypersensitive and spellbound by her own promise and perceived destiny. If the truth could be seen, she has become a Dorian Gray.6 So, in World Order, Mr. Kissinger parades us through a White House museum of carefully selected memorabilia draped-round with ten-thousand flags (while the super-“men in black” line the staircase leading to the attic6).

As we exit the museum—past the permanent shadows on the fireplace mantel7—we are handed a tissue and a tract. The tissue is to weep for the blindness of the nations who have thus far resisted our vision, virtues, and policies. The tract is the concluding chapter of WO, summarizing for the masses how the American promise can still be morphed into global governance—a global order of “democracy” (hint, hint: corporatism8).

A world order of states affirming individual dignity and participatory governance, and cooperating internationally in accordance with agreed-upon rules, can be our hope and should be our aspiration. But progress toward it will need to be sustained through a series of intermediary stages (p. 372).

Fine-sounding phrases, but where have we heard those before?—from the lips of past presidents?—or forming the complaint of a wandering prophet 2,700 years ago? How might old Isaiah reframe the complaint if he were speaking as voice for the beleaguered Constitution? Would the voice say:

This people draw near me with their mouth, and with their lips do honour me, but have removed their heart far from me?

And what might Mr. K.’s “needed” intermediary stages entail to get everyone on-side the WO? Could #1 on the Georgia Guidestones9 give us a clue? That could certainly solve the problem of the nasty muckrakers, not to mention those born-again communists, those intransigent religionists and fanatics of every stripe, and all those down-and-outers of every “nation, kindred, tongue, and people.”

Yes, World Order is a book of some insights, but the rose-tint and the radical excision of more than half the historical truths of the body-politic is beyond troubling—especially when one considers the admiration Mr. K. has for the “principles” of statesmanship allegedly set forth by Machiavelli.10

A shorter message is inscribed at the top of the structure in four ancient language scripts: Babylonian, Classical Greek, Sanskrit, and Egyptian hieroglyphs.
[Again, several fine-sounding phrases, but what are the images to accompany their implementation? Is this “American Stonehenge” the model of the “American Order” planned for the world? Is WO in charge? And if not, how does WO plan to get its “agreed-upon rules” past this “cast-in-stone” crowd?]
10. http://www.dejavu-times.blogspot.ca/2014/02/niccolo-mockiavelli.html