(aka: Checking the Fact-Checkers?) 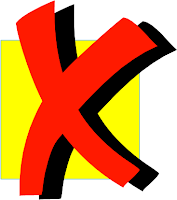 Recently, I received this reply from an elected official (EO):

“I always encourage people who write into our office to be conscious of where the information is coming from. Canada is not immune from hostile states like China attempting to sow discontent in our society by sharing questionable or partially accurate information. A review of the Children’s Health Defence[1] shows it was founded by primarily lawyers with ties to the anti-Alberta energy lobby in the US, promoting primarily alternative health care and who has been labelled by fact checking organizations as “quackery-level pseudo-scientific” and banned by Facebook for suggesting that 5G networks are causing COVID-19. This would not be a trusted source on the issue.”

What is staggering is how naïve(?) this EO seems to be about the reality of truth suppression, distortion, corruption, and propaganda in history.2 Preemptive strategy3 is the forever script and pattern of those who pursue and protect power, gain, and glory. A classic preemption is to set-up front organizations touting themselves as independent, trustworthy, benevolent groups devoted to the best interests of humanity, truth, ethics, mother earth, etc., etc., when in reality they are primarily the opposite. Another favored tactic is to infiltrate legitimate organizations and mis-use them to libel and disparage whistle-blowers or truth-seekers. Another is called “controlled oppostion.”4 So the fake-trustworthy tell lies and the real-trustworthy are accused of lies. A perfect set-up for mind- and mass-control.

“We’ll know our disinformation program is complete when everything the American public [read: the world] believes is false.”

So here are some questions for the EO: What is the background of your fact-checkers? What is the source of their income? Do they consistently support the pro-power narrative? Has their credibility ever been compromised? As for Facebook and giants: When has banning ever helped the truth debate? Why are accusers so often sparse on proofs and so generous with labels like “quackery-level pseudo-scientific”? And why do pro-power fact-checkers seem so oblivious to historical voices,6 parallels, and confessions of deceptive schemes?

Since much of what we hear, read, and see on the MSM (and many front organizations) supports the pro-power narrative, the historical odds favor the headlines being the inverse of truth, so here are three ways to perhaps come closer to truth:

▪ invert the message of the MSM headline;
▪ seek out sites or headlines that challenge the approved narrative (e.g.: Children’s Health Defence7);
▪ research the exposés that are being banned.

So, yes, EO, there are hostile states like China, but we are exponentially more at risk from home-grown propaganda dupes, shills, sycophants, and naïve believers than foreign actors. That is the unfortunate, blunt, historical truth.

So please consider this:

—————————————-/
1. Children’s Health Defense: https://childrenshealthdefense.org/
2. ▪ Edward Bernays: “The conscious and intelligent manipulation of the organized habits and opinions of the masses is an important element in democratic society. Those who manipulate this unseen mechanism of society constitute an invisible government which is the true ruling power of our country.”
(Source: https://www.amazon.com/Propaganda-Edward-Bernays-ebook/dp/B0097D76MG/ref=sr_1_1?crid=2NLE7CZI9MORU&keywords=propaganda+bernays&qid=1570053969&sprefix=propaganda%2Caps%2C210&sr=8-1  |  “Edward Bernays (1891–1995), pioneered the scientific technique of shaping and manipulating public opinion, which he famously dubbed “engineering of consent.” During World War I, he was an integral part of the U.S. Committee on Public Information (CPI), a powerful propaganda apparatus that was mobilized to package, advertise and sell the war to the American people as one that would “Make the World Safe for Democracy.” The CPI would become the blueprint in which marketing strategies for future wars would be based upon. // Bernays applied the techniques he had learned in the CPI and, incorporating some of the ideas of Walter Lipmann, became an outspoken proponent of propaganda as a tool for democratic and corporate manipulation of the population.”
▪ Hitler; … the broad masses of a nation are always more easily corrupted in the deeper strata of their emotional nature than consciously or voluntarily; and thus in the primitive simplicity of their minds they more readily fall victims to the big lie than the small lie, since they themselves often tell small lies in little matters but would be ashamed to resort to large-scale falsehoods. It would never come into their heads to fabricate colossal untruths, and they would not believe that others could have the impudence to distort the truth so infamously. Even though the facts which prove this to be so may be brought clearly to their minds, they will still doubt and waver and will continue to think that there may be some other explanation. For the grossly impudent lie always leaves traces behind it, even after it has been nailed down, a fact which is known to all expert liars in this world and to all who conspire together in the art of lying. Adolf Hitler, Mein Kampf, vol. I, ch. X[1] at https://en.wikipedia.org/wiki/Big_lie
▪ How the CIA Paid and Threatened Journalists to Do Its Work Updated Jul. 12, 2017 8:23PM ET / Published Oct. 14, 2016 https://www.thedailybeast.com/cheats/2016/10/14/how-the-cia-paid-and-threatened-journalists-to-do-its-work
▪ CIA’S USE OF JOURNALISTS AND CLERGY IN INTELLIGENCE OPERATIONS:
https://www.intelligence.senate.gov/sites/default/files/hearings/ciasuseofjournal00unit.pdf
▪ Operation Mockingbird: What Exactly Is It, Here are Facts You Need To Know
https://wiki.projecttopics.org/29061-operation-mockingbird-what-exactly-is-it-here-are-facts-you-need-to-know/index.html
▪ Operation Mockingbird https://en.wikipedia.org/wiki/Operation_Mockingbird [As usual, Wiki plays its part in the preemption game.]
▪ Plus research books and documentaries about mind-control, propaganda, psy-op, manufactured consent, etc. such as the excellent The Minds of Men | Official Documentary by Aaron & Melissa Dykes (Truthstream Media) (Time 3:42:34) at https://www.youtube.com/watch?v=LQucESRF3Sg  If this link disappears from YouTube, find it at the TSM website at http://truthstreammedia.com/ or perhaps access it in an apparently shorter version at Vimeo On Demand at https://vimeo.com/ondemand/themindsofmen/
3. Preemptive: taken as a measure against something possible, anticipated, or feared; preventive; deterrent: https://www.dictionary.com/browse/preemptive
4. Controlled opposition: A controlled opposition is a protest movement that is actually being led by government agents. Nearly all governments in history have employed this technique to trick and subdue their adversaries. Notably Vladimir Lenin who said ””The best way to control the opposition is to lead it ourselves.”
https://www.urbandictionary.com/define.php?term=Controlled%20opposition
5. “We’ll know our disinformation program is complete when everything the American public believes is false” ~ Wm. Casey (former CiA director: 1981-1987)
*SOURCE: Greg Smith, … Answered September 22, 2014
Originally Answered: Did William Casey (CIA Director) really say: “We’ll know our disinformation program is complete when everything the American public believes is false”?
Ex-DCI Bill Casey’s quote was attributed online as reported only by Mae Brussell, and so, I bounced it off Barbara Honegger because I knew she worked for Mae B back in the day, and here’s what I got on the ACTUAL SOURCE (talk about luck! – I extracted actual email addresses):
———- Forwarded message ———-
From: Barbara Honegger
Date: Sun, Sep 21, 2014 at 11:19 PM
Subject: Re: Conference on THE WARREN REPORT AND THE
JFK ASSASSINATION : FIVE DECADES OF
SIGNIFICANT DISCLOSURES
To: Greg Smith
I told Mae about it when we worked together …
On Sun, Sep 21, 2014 at 10:32 PM, Greg Smith wrote:
Thanks Barbara! That’s priceless. The web attributes it to Mae B only, and therefore, it’s discounted in chat and group conversations on social media. You might want to give it better street cred? Your call!
On Sep 21, 2014, at 8:59 PM, Barbara Honegger wrote:
» Seriously — I personally was the Source
» for that William Casey quote. He said it
» at an early Feb. 1981 meeting in the
» Roosevelt Room in the West Wing of
» the White House which I attended, and
» I immediately told my close friend and
» political godmother Senior White House
» Correspondent Sarah McClendon, who
» then went public with it without naming
» the source …
from https://www.quora.com/Did-CIA-Director-William-Casey-really-say-Well-know-our-disinformation-program-is-complete-when-everything-the-American-public-believes-is-false
6. https://voices-from-the-dust.blogspot.com/
7. Children’s Health Defense: https://childrenshealthdefense.org/