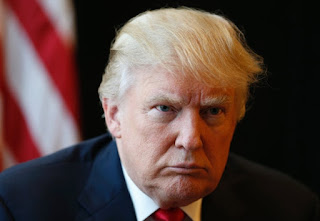 Are Trump supporters1 so caught in hard priors,2 they see and hear nothing that challenges their loyalty? It is stunning that Trump’s lawyer, William Consovoy, could have argued in federal court this past week that the President (and presumably any president hereafter) has absolute immunity from prosecution, even from investigation, for any criminal act, including murder, while in office.3

Generally, one does not need to venture beyond Trump’s own words (if one would actually listen to all of them) to fathom “the making of a tyrant,” but this past week, the “absolute immunity” concept was presented in open court.4

It is equally stunning how brief and passing the coverage of this “absolute immunity” claim was, even by anti-trumpeteers. Here we have another arrow aimed at the heart of the Constitution while we swiftly turn away as if such words mean nothing—as if they had never been said—as if such absolute immunity would not incentivize the final overturn of our severely wounded rule of law—severely wounded by decades of secrecy and un-prosecuted criminal acts and affiliations by (so-called) intelligence agencies, their “assets,” willing servants, and dupes. What have the last 243 years been for if we forget history—forget all the déjà vus that prove:

“Ethics and oversight are what you eliminate when you want absolute power.”6

And is this not an apt description?

“He can switch from one view to another with frightening ease. I think it is a sign of being accustomed to such power that the truth does not matter because you cannot be contradicted.”7

How near are we to the tipping point where secret immunity for secret teams becomes open immunity for usurpers​ of  “absolute” power whether achieved via manufactured crisis, manipulated consent, or outright violation of Constitutional terms, limits, and principles?

NOTE: this criticism in no way endorses Trump’s opponents. The corruption and deception are ubiquitous on both the Right and Left. It’s all about power and plays for greater power, gain, and concealment of corruption and deception. The Right and Left are not opposites. It’s all pretty much faux, faux, faux—faux socialists, faux polarity,8 faux wealth, faux greatness, faux freedoms, faux elections, faux democracy, faux choice, faux etc., etc.

Yes, how déjà vu the pattern played out by tyrants and those seeking so to be with their sycophants and loyalists, both hidden and visible, both to the so-called Right and to the so-called Left!

So what can we do? We can strive to be aware; to be vocal, to be honest, and to pray unceasingly for the repentance and redemption of US ALL into the better nature and purposes of our creation and Being.

———————/
1. Including otherwise intelligent people like: Larry Klayman, Charles Ortell, Shawn Hannity, Mark Taylor, Jerome Corsi, George Webb (in Webb’s case: his perception of Trump’s business and political acumen), and way too many evangelicals and other Christians.
2. The science writer Sharon Begley gives insight into such motivated reasoning: “If you have a strongly held belief with an emotional component, the brain defends information that reinforces those ‘priors’ and is skeptical of information that challenges them. … People who hold these hard priors filter information to support their perceptions.” (Bold emphasis mine.) These observations are from the work of political scientist Hank Jenkins-Smith of the University of Oklahoma as quoted, in Newsweek, October 13, 2010, pp. 29-30 by science writer Sharon Begley about voter tendencies—observations that seem applicable to almost everything that requires choice or discernment. We all do it, (even this writer) and without awareness of a “priors” bias, are we not all more prone to biased judgment—whether pro or con? Shouldn’t 360° honesty in dealing with all the facts help control that bias?
3. https://www.c-span.org/video/?c4824386/lawyer-argues-president-trump-prosecuted-office-shoots
4. Audio: https://www.c-span.org/video/?465172-1/circuit-hears-oral-argument-president-trumps-tax-returns-audio-only review at 13:20 minute; also circa minute 30; and especially after minute 47)
5. Lord Acton (1834–1902) at https://www.phrases.org.uk/meanings/absolute-power-corrupts-absolutely.html
6. DaShanne Stokes at https://www.goodreads.com/quotes/tag/absolute-power
7. Anna Funder, Stasiland: Stories from Behind the Berlin Wall at https://www.goodreads.com/quotes/tag/absolute-power
8. https://dejavu-times.blogspot.com/2018/01/faux-socialists.html