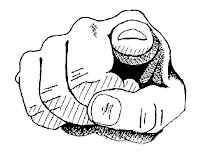 In another forum, this past week, I posted this comment

Per your comments on [X]: He is not alone. Many, if not most, of the state, national, world, and corporate leaders have been groomed and seduced into abject servitude to the hidden powers (despite transient perks and privileges). If we knew the threats that many of them face for disobedience, we would pity and pray for them to confess and return to courage and integrity rather than curse them. AND we would realize that there, but for the grace of circumstance (and God), many of us would go. Had we been groomed and seduced (and thereafter threatened) as they, the reality and science of human nature is that many of us, too, would have grasp for the power, gain, and glory they thought they were getting (not realizing the harrowing downside). Yes, some of them are happily psychopathic, but many are not. Consider Corruption by Design at https://dejavu-times.blogspot.com/2020/10/corruption-by-design.html

This does not absolve them of consequence and accountability. To understand does not mean to condone.

Some readers disagreed (with the idea of their own vulnerability), one stating that “If you have CORE VALUES THAT MATTER you don’t go with evil.”

Could such certainty be on the blind-side of human nature and of science? Too many of us are blissfully ignorant of how easily the dark side of human nature can be aroused and justified, which I think was evident in another comment: “Turning the other cheek simply gives them a second target. To defeat evil you must be prepared to fight by turning their weapons against them. Nothing is fair in love and war, and this is war – the sky is the limit – they must be defeated at “All” COSTS!!!” But I suggest that until we become aware — ever conscious — of how susceptible we are to justifying our own thoughts, words, prejudices, biases, and actions (thus reducing our cognitive dissonance), we will find ourselves justifying things we would condemn without hesitation in others.

Science is also not on the side of those blindly confident in the value of shaming or marginalizing others. I repeat the words of Philip Zimbardo of the Stanford Prison Experiment and author of The Lucifer Effect.1

One of the worst things that we can do to our fellow human beings is deprive them of their humanity, render them worthless by exercising the psychological process of dehumanization. This occurs when the “others” are thought not to possess the same feelings, thoughts, values, and purposes in life that we do. Any human qualities that these “others” share with us are diminished or are erased from our awareness. This is accomplished by the psychological mechanisms of intellectualization, denial, and the isolation of affect. In contrast to human relationships, which are subjective, personal, and emotional, dehumanized relationships are objectifying, analytical, and empty of emotional or empathic content. …

The misperception of certain others as subhuman, bad humans, inhuman, infra-human, dispensable, or “animals” is facilitated by means of labels, stereotypes, slogans, and propaganda images.2

YET everywhere, in this current control crisis, we are seeing / hearing the shaming and dehumanizing of so-called “power-elites.” Undoubtedly, many of them are guilty of unspeakable crimes and deserve the swift action of lawful judgment and justice, but the trap WE set for ourselves is to feel justified in skipping lawful or honorable, because we judge that: 1) they were neither; 2) they are despicable human beings, thus forfeiting the right to be treated as humans because of their inhumanity; and 3) they deserve everything they get, sooner than later.

But can we abuse others, even abusers, without losing some of our own humanity? The very thoughts and acts of abusing others traps us into a cycle of self-justification. An act of shaming or harming another has parallels to the Stanley Milgram and other experiments. (This quote has been adapted with inclusions […..] to emphasize the parallels):

As Milgram himself put it, “Many subjects harshly devalue the [target] as a consequence of acting against him. Such comments as, ‘He was so stupid and stubborn [and evil] he deserved to get shocked [or shot or tortured]’ were common. Once having acted against the [target], these subjects found it necessary to view him as an unworthy individual, whose punishment was made inevitable by his own deficiencies of intellect and character.”

The implications of these studies are ominous, for they show that people do not perform acts of cruelty and come out unscathed. Success at dehumanizing the [target] virtually guarantees a continuation or even an escalation of the cruelty: It sets up an endless chain of violence, followed by self-justification (in the form of dehumanizing and blaming the [target]), followed by still more violence and dehumanization. Combine self-justifying perpetrators and [targets], and you have a recipe for the escalation of brutality. This brutality is not confined to brutes— that is, sadists or psychopaths. It can be, and usually is, committed by ordinary individuals, people who have children and lovers, “civilized” people who enjoy music and food and making love and gossiping as much as anyone else. This is one of the most thoroughly documented findings in social psychology, but it is also the most difficult for many people to accept because of the enormous dissonance it produces: “What can I possibly have in common with perpetrators of murder and torture?” It is much more reassuring to believe that they are evil and be done with them. We dare not let a glimmer of their humanity in the door, because it might force us to face the haunting truth of cartoonist Walt Kelly’s great character Pogo, who famously said: “We have met the enemy and he is us.”3

Can we admit that the enemy is also us, if we adopt their cruelties and inhumanity to defeat or punish them? if we brutalize those who have been brutal?

Because of the enormity of the power-elite atrocities, we are going to be tempted to render evil for evil in trying to right wrongs AND then self-justifying our evil as good (as so many have done). The danger is enormous. Somehow, we must bring the crimes and treasons of men and women to full exposure and accountability without falling into the trap of perpetuating evil. Knowing our own vulnerability to self-justification will play a crucial role in preparing us to (indeed) hold to “core values that matter” as we hold others lawfully accountable for the unspeakable harms they have done.

Admittedly, what is proper consequence and punishment — correct judgment and justice — will not be universally agreed upon. There are many difficult questions before us as we wrestle with evil, one of the prime ones being: Is capital punishment inhumane? Is it evil in itself? Or might it affirm the value of life? that one’s own life is the forfeit (as determined by a lawful jury of honorable men and women) for willfully taking another’s?

One thing seems fairly certain. We have come to this tyranny of control and lying wonders because we failed to understand human nature (including ours); allowed servants of the people and service corporations to act as masters; pretended that the obsessive pursuit and protection of power, gain, and glory were innocuous, worthy, desirable pursuits; and thought we could overcome evil with evil or on the other hand, that we were to “resist not evil.” Except, the gestalt / gospel message appears to be: “Resist not evil with evil, but RESIST, RESIST, RESIST with good.

If we continue blindly confident in our own moral invulnerability, these might prove a place of awakening and awareness:

▪ Mistakes Were Made (but Not by Me) Third Edition: Why We Justify Foolish Beliefs, Bad Decisions, and Hurtful Acts by Carol Tavris, Elliot Aronson. HMH Books.
▪ The Lucifer Effect by Philip Zimbardo. Random House Publishing Group.
▪ The Lucifer Principle: A Scientific Expedition into the Forces of History by Howard Bloom. Grove Atlantic.
▪ The Laws of Human Nature by Robert Greene. Penguin Publishing Group (particularly C9: The Law of Repression; C16: The Law of Aggression).