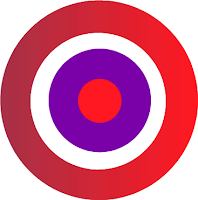 Mahatma Gandhi: I realized that the true function of a lawyer was to unite parties riven asunder. The lesson was so indelibly burnt into me that a large part of my time during the twenty years of practice as a lawyer was occupied in bringing about private compromises of hundreds of cases. I lost nothing thereby— not even money, certainly not my soul.1

In these recent days (with the aid of some lawyers), rules, orders, and mandates have been elevated above national and international statutory acknowledgements and guarantees of inalienable rights and freedoms, Thus, under color of law, we have seen thousands of illegal and unlawful (bullying) acts as more and more people buy into the “cult of passivity.” We were warned years ago that “Denying the danger of totalitarianism through passivity, may gradually surrender to its blandishments those who were initially afraid of it.”2 [And what is lockdown and doubling fines, if not enforced passivity?]

We were also warned years ago, by G.K. Chesterton, that:

The wisest thing in the world is to cry out before you are hurt. It is no good to cry out after you are hurt; especially after you are mortally hurt. People talk about the impatience of the populace; but sound historians know that most tyrannies have been possible because men moved too late. It is often essential to resist a tyranny before it exists. It is no answer to say, with a distant optimism, that the scheme is only in the air. A blow from a hatchet can only be parried while it is in the air.3

And yes, folks, we are mortally hurt. Mortally hurt because our “leaders” are not leading (save in the context of leading astray). They have become power-abusing, fear-trapped order followers (OFs). They, the willful blind, are leading the fearful blind, and are disparaging all who recognize the déjà vus of tyranny. How many blows from the hatchet will we tolerate till there is nothing remaining but passivity — the ecstatic dream of every tyrant?

So back to the true function of a lawyer: How can there be true compromise (resolution and sustaining of values) if one party is the accusing, offended, power-party with unlimited resources (alleged government) while the other is an intimidated, accused, “offending,” ticketed, quarantined poor-party? So this is a call to poor-parties and their (pro bono) lawyers or non-lawyer counsellors-at-law. Do not consent to pay unlawful fines. Receive tickets with words such as: “I do not consent to pay this ticket and I accept it only as evidence of trespass by you and your superiors against inalienable rights and freedoms.”

If one is forced to comply under threat of assault or arrest, do not resist, but clearly state, more than once: 1) that your compliance is under duress; 2) that you reserve all your rights; and 3) that you will be launching a counter-claim for their breach of laws that are higher than rules, orders, and mandates, and for wrong, harm, and damages for the unproven alleged necessity of their actions. (Then immediately do so.)

For every unlawful ticket or rights infraction, without exception, file a counter-claim for wrong, harm, and damages. Name every public servant involved from the front-line OFs and PH agents to the top-brass, order-giving OFs. If OFs are not called to personally account for their actions, their complicity, their breach of service oaths, and surety bonds, this coup d’état and tyranny by the labcoats4 will continue to a bitter end, tragically, with the support of too many deceived, fearful complicit people as expressed by Etienne de LaBoétie.5

Every order-follower must be confronted with his / her complicity in wielding the hatchet of tyranny. Yes, many of them are good people just trying to keep their jobs,6 so our attitude should be one of compassion in the midst of accountability, but when the “law” is used unlawfully, we must learn to use it lawfully against itself, just a Jesus did7 — to apply “non-violence against the violent.”

IF lawyers of integrity will:

1) demand proof of every alleged “good faith” claim to the “reasonable and justified” test for every “temporary” suspension of rights and freedoms;8
2) question whether foreign-owned, for-profit service corporations or their agents have any lawful jurisdiction in Canada to make or enforce rules, orders, or mandates in Canada; and
3) help bring “parties riven asunder” into enlightenment respecting the sanctity of rights and freedoms even in an emergency, particularly an orchestrated emergency which could have been ascertained with a modicum of investigation, awareness, common sense, and historical knowledge;

then the abundant and overwhelming evidence of fraud and deception would reveal itself and “good faith” would crumble in the face of massive amounts of scientific and counter-narrative evidence.

1) from illness and death from a deliberately engineered and transmitted COVID “virus”;
2) from massive deceptions concerning the origin and nature of the “virus”; its transmissibility factors and causes; frauds in PCR testing; the vaccine agenda; the WO agenda, the science and history of Domination Systems; and
3) from the “cult of passivity” demanded in this unfolding, global tyranny.

If people would accept the prolific evidence of credible witnesses9 about worldwide conspiracies for Domination10 and then prosecute all — every complicit order-giver and order-follower advancing the tyranny,  beginning with insiders — this plandemic would be over.

—————————–/
1. Mahatma Gandhi. Gandhi’s Life in His Own Words (Kindle Locations 462-464). Navajivan Trust. Kindle Edition. (Bold emphasis added.)
2. “The cult of passivity and so-called relaxation is one of the most dangerous developments of our times. Essentially, it too may represent a camouflage pattern, the double wish not to see the dangers and challenges of life and not to be seen. … Silent, lonely relaxation with alcohol, sweets, the television screen, or a murder mystery may soothe the mind into a passivity that may gradually make it vulnerable to the seductive ideology of some feared enemy. Denying the danger of totalitarianism through passivity, may gradually surrender to its blandishments those who were initially afraid of it.” Meerloo, Dr. Joost A. M.. The Rape of the Mind: The Psychology of Thought Control, Menticide, and Brainwashing (Kindle Locations 2783-2789). Hauraki Publishing. Kindle Edition. (Bold emphasis added.)
3. G.K. Chesterton, Eugenics and Other Evils (Chapter I, 1st paragraph), Cassell and Company, Limited
London, New York, Toronto & Melbourne, 1922 at https://www.gutenberg.org/files/25308/25308-h/25308-h.htm
4. https://dejavu-times.blogspot.com/2020/08/coup-detat-of-labcoats.html
5. https://voices-from-the-dust.blogspot.com/2021/03/006-secret-of-domination-6-6-6.html
6. However, remember Principle IV of Nuremberg:
Principle IV
Main article: Superior orders
The fact that a person acted pursuant to order of his Government or of a superior does not relieve him from responsibility under international law, provided a moral choice was in fact possible to him.
This principle could be paraphrased as follows: “It is not an acceptable excuse to say ‘I was just following my superior’s orders'”. … (Bold emphasis added.)
https://en.wikipedia.org/wiki/Nuremberg_principles
7. https://dejavu-timestwo.blogspot.com/2019/03/nonviolence-for-violent.html
8. Emergencies Act (R.S.C., 1985, c. 22 (4th Supp.))
AND WHEREAS the Governor in Council, in taking such special temporary measures, would be subject to the Canadian Charter of Rights and Freedoms ;and the Canadian Bill of Rights and must have regard to the International Covenant on Civil and Political Rights, particularly with respect to those fundamental rights that are not to be limited or abridged even in a national emergency;  https://laws-lois.justice.gc.ca/eng/acts/e-4.5/page-1.html?wbdisable=true (Bold emphasis added)
— The Emergencies Act differs from the War Measures Act in two important ways:
1. A declaration of an emergency by the Cabinet must be reviewed by Parliament
2. Any temporary laws made under the act are subject to the Charter of Rights and Freedoms.
Thus any attempt by the government to suspend the civil rights in Canada, even in an emergency, will be subject to the “reasonable and justified” test under section 1 of the Charter. https://en.wikipedia.org/wiki/Emergencies_Act
9. https://dejavu-times.blogspot.com/2021/04/join-club-its-urgent.html
10: Voices from the Dust: https://voices-from-the-dust.blogspot.com/